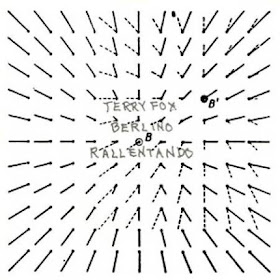 Fox was born in Seattle, Washington. At the age of seventeen, he was diagnosed with Hodgkin’s disease, later referencing the cycles of illness and wellness in several artworks. Fox was an important figure in post-minimal sculpture, conceptual art, performance, and video art on the West Coast. Before permanently moving to Europe, he was based in San Francisco in the late 1960s and 1970s. Fox later moved to Liege, Belgium. His seminal series of works (environments, performances, sculptures, drawings) produced over an eight-year period was based on the theme of the configuration of the Chartres Labyrinth. He died in Cologne, Germany in 2008.

Fox has been included in numerous international solo and group exhibitions including the documenta 5, Kassel, 1975 Whitney Biennial and 1984 Venice Biennale. He had two major exhibitions in Berkeley, his first solo museum show curated by Brenda Richardson in 1973, and one in 1985 organized around the body of works owned by the Berkeley Art Museum organized by Constance Lewallen. His retrospective solo exhibition was organized by the Kunsthalle Fridericianum, Kassel in 2003.

Berlino (for Mitsuko Natori) is a composition made from soundscapes recorded in San Francisco (USA), Liège (Belgium) and Berlin (Germany) between 1978-88. Rallentando (for Jürgen Glassmer) is a composition for 3 piano wires, 2 cellos and double bass, recorded live at Het Apollohuis, Eindhoven, Aug. 13, 1988.
Udostępnij